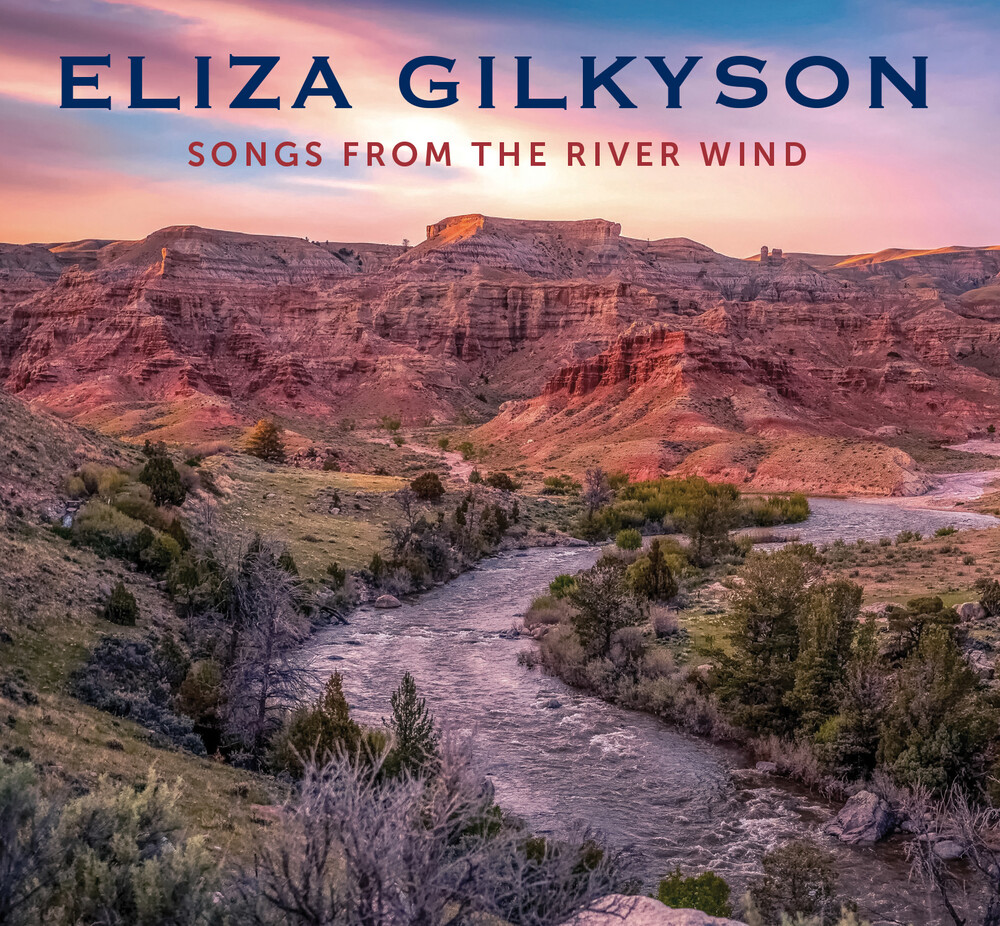 Renowned songwriter and two-time folk Grammy nominee Eliza Gilkyson has announced the follow-up to her critically acclaimed political masterpiece, 2020, which topped the US folk radio charts and won Eliza the "Best Song of the Year" award from the Folk International Alliance. Her new album, Songs From the River Wind, is what she calls her love letter to the Old West. It's composed of snapshots of the people and places, lives and loves lost and found over her years of wandering the West as a musical minstrel, searching for her heart's home. Feeling the need to take a little break from the socio-political music that she felt compelled to write for her last six albums, the twice Grammy-nominated artist moved her base from Austin, TX to Taos, NM. Inspired by memories of characters and events that birthed her enduring love affair with the West, the songs span 40 years - from originals to vintage classics - and culminates with her recent decision to relocate permanently to Taos, where she is sinking down deep roots at long last. With a nod to her dad, folksinger Terry Gilkyson and his 1950s folk group "The Easy Riders," who recorded original and traditional folk songs with a distinctive western flavor, Eliza joined forces with her old friend Don Richmond to produce the record, enlisting Don's much loved Southwest band "The Rifters" to sing backup harmonies. The group shines on Eliza's version of The Easy Riders' version of the traditional tune, "Wanderin.'" "The 'Rifters' are like the twenty-first century version of the 'Easy Riders,'" Eliza says. "My dad would have loved them, and to have them sing and play on this record with me is icing on the cake. It's all part of bringing these disparate parts of myself together and bringing my past into my present as a songwriter and as a whole person. It has been an enlightening adventure for me." As always, Eliza enlists top-notch musicians for the sessions, with cameos from Warren Hood on fiddle, Kym Warner on mandolin, and Michael Hearne on vocals. Songs from the River Wind finds Eliza performing old and new originals, select cover songs that fit the theme, and a few adaptations of venerable old cowboy tunes adapted to a female perspective, including "Buffalo Gals Redux" and "The Colorado Trail."
This website uses cookies to personalize content and analyse traffic in order to offer you a better experience.
I accept Learn More
back to top